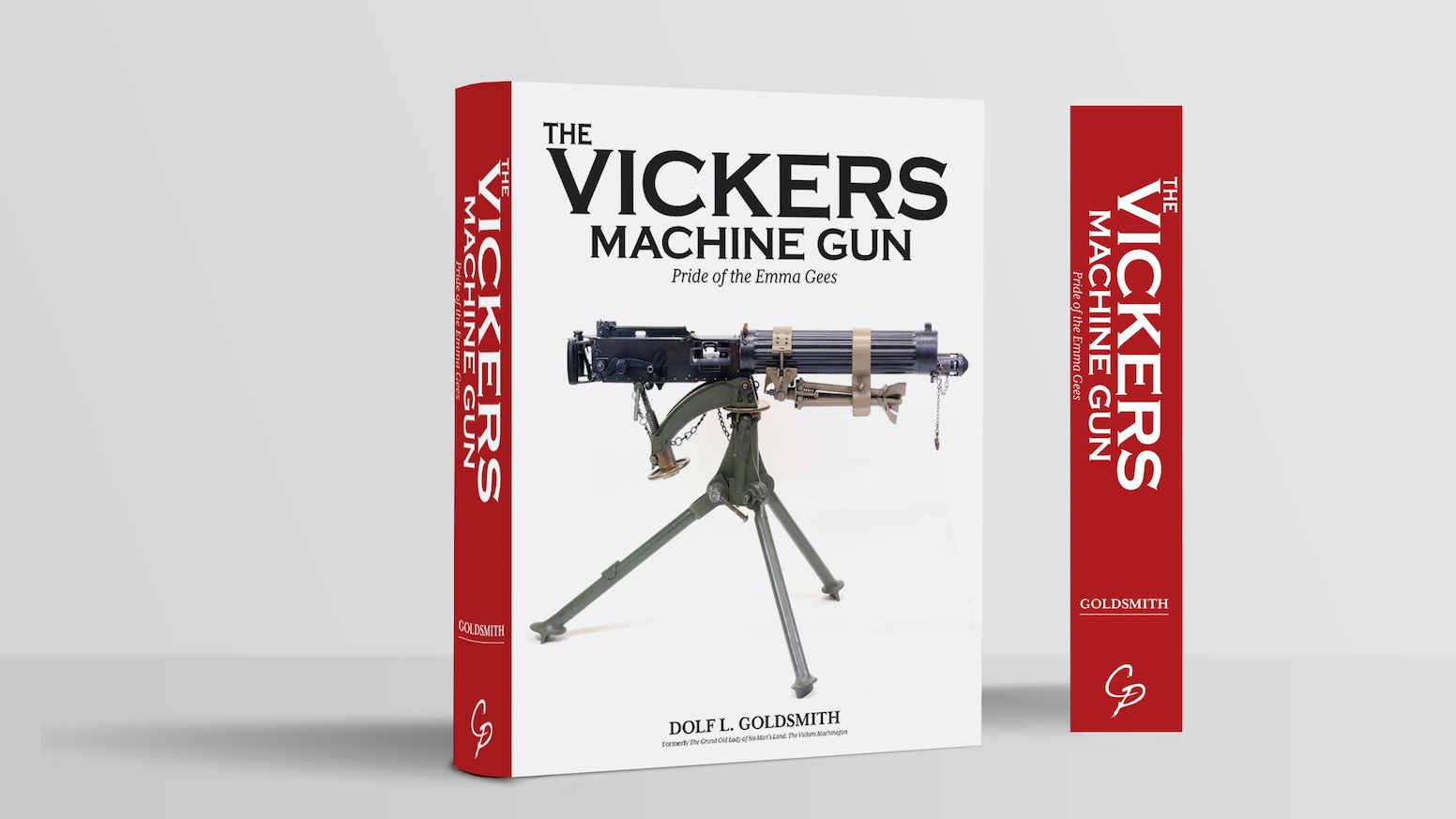 The Vickers Machine Gun: Pride of the Emma Gees

This new hardcover book is a must-have for Vickers enthusiasts!

Kickstarter for the Vickers book

I just saw posted on the NFATCA Facebook page they are starting a kickstarter for the new Vickers book. This seem bizarre to me, thoughts? Here is the Kickstarter link: https://www.kickstarter.com/projects/vickersbook/the-vickers-machine-gun-pride-of-the-emma-gees Do you think if we...

Joined May 6, 2006
·
708 Posts
So it looks like all the comments on Chipotle's owner are true. Poor Mr. Goldsmith has been pre-selling books - in complete good faith - and the damned printer doesn't even have the money to print it. A unique idea - get somebody to write a book for you, have him pre-sell God knows how many copies, then go to Kickstarter to fund the printing costs. The Printer thereby prints the book at no cost to them for at least part of a first run, if not all of it. OK, yes, they throw in some crap at different levels (Platinum Level is pretty cool though; good for that handful of people who were able to pounce on that). I thought Chipotle Publishing was a real company, not some dude trying to get a start-up going from his dorm room. Now I know.
1

Joined Dec 11, 2016
·
80 Posts
I'm pretty sure that Chipotle is run by Dan Shea, or at least associated with him. Dolf and Dan have known each other for many years. I suspect that is why Dolf accepted the deal. I won't speculate on what's happening here. But Dan has a decent reputation, so something has obviously gone amiss.

Joined Jan 17, 2013
·
472 Posts
Anyone familiar with what’s going on know why Collector Grade Publications wasn’t involved? I assume Dan being involved with Chipotle is the main reason, maybe they should stick to coloring books...

OLDIRONSIGHT said:
Anyone familiar with what’s going on know why Collector Grade Publications wasn’t involved? I assume Dan being involved with Chipotle is the main reason, maybe they should stick to coloring books...
Click to expand...

Shea only owns the rights to the Grand old Lady and no others. Dolf gave the rights to Blake years ago because he did not think he would be around to do another printing of it, little did he know what would happen. Collector grade is out of Dolf's Maxim book The Devil's Paintbrush and they will not be printing any more of them but Dolf still has a few copies at his place so if you ever wanted one NOW would be the time guys. As far as Dan Shea goes I will keep my comments to myself
1 - 9 of 9 Posts
Join the discussion
Continue with Facebook
Continue with Google
or sign up with email
Recommended Reading
Read More
Read More
About this Discussion
8 Replies
8 Participants
Last post:
toolmanm203 25 d ago
1919 A4 Forums
A forum community dedicated to Browning 1919 A4 firearm owners and enthusiasts. Come join the discussion about performance, gunsmithing, restoration, troubleshooting, reviews, accessories, classifieds, and more!
Full Forum Listing
Explore Our Forums
Open Talk Misc Ad Board Semi 1919a4 Building 1919a4 Ad Board Misc Firearms
Popular Communities